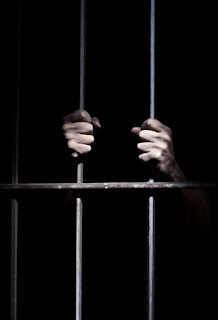 I have done some soul searching, or perhaps I should say, libido searching, the past couple of days.

I have tried to figure out what must have triggered it, by putting it into the day count context.

When I first ended up trying out a wank ban with a help form a female friend, it lasted for a week. At that time I was used to having an ejaculation daily, and the week seemed like an eternity. By the time I got to six days, the slightest visual stimulation made my limp penis twitch in my pants.

When I reached the same day count a few months later there was no one to say no, so I continued the ban on my own, and reached 497 days, before my first slip-up, resulting a very uncomfortable ruined orgasm.

After that I have completed chastity periods of 73 and 53 days. The first of the two ended in the presence of my Queen, and the latter by the unfortunate slip-up that took place last month, after weeks of extreme horniness and conscious teasing and testing myself.

So, when my born-again horniness, one could say, appeared in the beginning of last month, about 40 days after the last ejaculation, it really was quite unexpected. It just appeared from somewhere.

And like I've told you, the function of my body didn't seem to follow any logic otherwise either. I was able to reach the edge level after a minute long very, very slow stroking, and when my slip-up finally happened, my penis started spurting sperm when I wasn't even touching it.

During the last few days I have consciously tried to find that same horniness, same ecstasy and frustration that so much dominated my last month, but with very little success. The feeling of orgasmic build-up, the rising ecstasy that washes over you like a wave, but never the actual release, only agonizing frustration. I miss it.

Even the weather is perfect. That is, in the beginning of last month the rising temperature and summer seemed to have an effect on me. This time, despite the fact that heat wave is supposed to last another two weeks, there's... nothing. Only very faint stirring.

One can only hope it returns to me some day. At the moment it seems it's either gone away, or is locked up somewhere deep inside me.
Posted by slaveboy071 at 2:47 AM