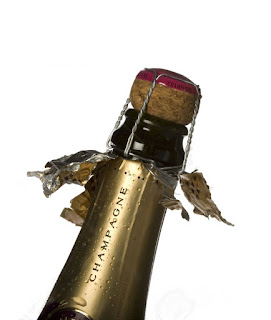 My Queen has been traveling this weekend, which has left me a lot of time to be on my own. During that time I've tried to do the stuff I should have done for weeks now. However, I emphasize the word "try", since I seem to be way too preoccupied to focus much on anything.

My Queen even commented about that, as I was seeing her off to the railway station, the fact I seem to think about sex much more than she does. "Usually I just do it and then I can then I go on for days and not to think about it at all." I was a bit surprised, and had to ask: "Honey, you do understand there is a reason for it?".

Yes, I think sex most of the time, but that's because I can't get a relief when I want to.

However, it seems me ejaculating made my libido, at least when my testicles are concerned, to go to sleep, despite me trying to give it as much visual stimulation as possible. There's horniness in my head, but not in my balls. I've hoped what I felt earlier during the summer would return, but so far no such luck.

Like you most likely read from my last update, earlier this week I trimmed my groin area a bit, to give my Queen smooth balls to handle. Since I want to keep them that way I continued the trimming during the weekend, and hunting runaway hairs I may have missed earlier.

I was doing it yesterday, while sitting in my chair. The sun was shining through the window directly at my balls and penis, making it easier to find loose hairs. When I had finished what I was doing I gave my balls one last feel and then grabbed my limp penis into my fist, to make sure there wasn't any stubble left.

And then... something happened and I immediately let go of my limp penis. I looked at it shocked, still basking in the sunlight. What had just taken place? It had happened so quickly it's hard to tell. All I know at that point it felt if I had hold my limp penis a second longer I would have ejaculated.

It seems my libido may be finally waking up. That, or it was merely the warm weather and my imagination is playing tricks on me. Naturally I wish it weren't that, and I'm getting my sweet frustration back. It also means I need to be extra careful from now on.

"Sorry, I don't know where that came from", I said.

"It came from your balls", she answered "Then again, they haven't gotten a release for some time now, haven't they."

Have I told you yet how much I love her?