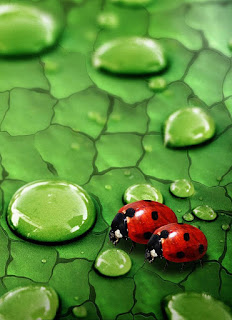 It's been over a week since my last, rather dramatic post. Therefore I think it's high time I clear things up a bit and tell you, my faithful readers, about the current situation.

First things first. We haven't broken up. There's still something that you can call us, there is still Queen and me. But it came very close we did.

After I made my earlier post the situation progressed, and by that I mean it went from bad to worse. There has been a lot of harsh and direct talk and lot of crying, me included.

Monday night a week ago I wasn't sure whether I had a girlfriend anymore. It's no exaggeration to say we have just been closer to the end of our relationship than we've ever been before.

We have problems, there's no denying that, more than we should, and way more than I would hope. I don't want to go into too much detail, but there are her bisexuality, our age difference, as well as other differences between us, my self-esteem issues and expectations what belongs to a relationship after a year and a half, her commitment issues and feelings of being trapped, and so on.

All or at least most of these things have affected each other and most likely have made the problems worse. There are things that have been brewing under the surface, many of which I really haven't been aware of fully. Mostly because my Queen hadn't told about them to me.

I spent a day and a night at her place little less than week ago. As I went there I wasn't sure whether she was my girlfriend anymore. Whether I had just lost a huge part of my life. Whether it would be my last time there. I was sobbing even before I was inside her apartment.

We talked for hours about the situation and how differently we saw it, as well as about our differences, and whether there would be any point us to continue as a couple, and where would we go from here.

Finally we came to the conclusion we could still try, at least. But there are things we will have to improve and work on. Nevertheless, the situation and our relationship is way more problematic I could have believed a week ago.

I wrote my earlier post mostly to my Queen. Partly I did it to sort my head, partly to make her understand my feelings. It's all, however, only my part of the story, and as I wrote it I had no idea how she felt about certain things.

I still stand behind everything I said on the post, even though I understand now the whole picture is much bigger, much more complex and problematic.

On Monday night my Queen linked to me a coming out video of a YouTube celebrity she has followed since high school. She told me she has watched it "almost religiously" since last spring. I watched through, the whole 20 minutes or it.

The video really hit me. In it the YouTuber tells how her being lesbian had always been a thing she has suppressed because of her background, and even though she dated a lot of guys she felt she can never give herself fully to a man. That it felt wrong for someone to just pour love into a relationship while she keeps retreating.

My Queen said many of the things described in the video fit so perfectly to her it's scary. And it was scary, to watch it and realize how she must have felt all this time. To realize how so many things in her behavior suddenly made sense.

My Queen claimed that she's does not think herself as 100% lesbian. That she has eyes for male beauty as well. But she does have, and I have noticed this as well, problems with certain parts of male physique. Then again, she seems to have problems with all sorts of physical as well as sexual things in general, as well.

Couple nights ago, day or so after our confrontation I noticed the usual after effects I get in situations like this. The real shock and realization hits me only afterwards. As it all happens I'm too busy to simply survive.

My Queen, however, told me that she felt strangely relieved afterwards, and not at all stressed or anguished, like she had done before. That's a good thing, I believe.

All I can say now that things are not the same way they were before. I am not sure whether they are worse, I'm not even say they are better. But that are different. In a way I feel I have been just been in a near fatal car crash and survived only with few scratches. My Queen doesn't question the metaphor.

So yes, things have changed. It is hard for me to describe how exactly. Some sort of innocence, one could call it, is gone from our relationship. I see my Queen in a different light now, and in a way I feel I have lost some of the boundless affection I have felt towards her all through our relationship.

In a way I understand now my Queen isn't my ideal girlfriend I think I've wanted to see her as. I have wanted it so very bad and thought that over time things will get better. As we learn to understand each other better, to understand what the other person wants and as we learn to make compromises. However, it seems all the while the time was working against us, not with us.

I have discussed the situation with some of my kinky acquaintances during the past week and one of the things I've heard is that at least there is more things now out in the open now, which is a good start. One can't fix problems if one doesn't know they are there. This is something my Queen and I both agree with.

My Queen is still keeping her word and going to deny me orgasms at least the rest of the year. I am naturally very relieved to hear this. She really does hate sperm, and the idea of any of it coming out of me. So, no orgasms for me this year.

She also informed me during our confrontation that due to her mental problems she has decided to drop also the birth control option number two she has been using for some time now, and that has put her menstrual cycle to go haywire. This means there is no way now we will ever be able to have so called normal sex with penetration.

My little limp dick is now forever forbidden to enter my Queen's pussy.