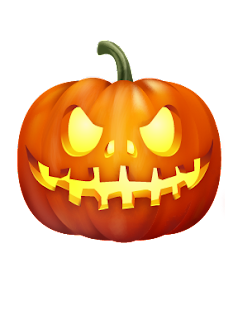 There is an adult site I follow on Facebook, called Enchantrix Empire, that regularly posts questions for its followers. I've had the habit of answering the questions if I have anything to say on the matter. Since I'm not a man of few words the answers have tended to be lengthy ones. I'm posting here my answers so far. Let's call it "Halloween Question and Answer special".

Have you ever sexted anyone, or had cyber sex? How did you like it?

Well, truth to tell, almost 90% or more of my so-called sex life has taken place virtually. So the answer would be yes. As for did I like it, lets just say it's something I've done, since there hasn't been alternatives. In fact, every time I have been physically intimate with someone it has taken me a bit of time to gotten use to. Compared to cyber sex, in which imagination plays such a big role, "real" sex is, in a way, rather crude activity.

The downside to all of this is naturally the fact that after you've spilled your seed it all comes back again. Very often men also seem to get, or I did at least, a post-orgasm blues, feelings of shame, disgust and disappointment at yourself.

Good thing I don't have to worry about such things anymore.

The last time you got a blow job you felt: a) awkward, b) amazing, c) wished it was you sucking cock instead, d) luckiest guy ever.

As amazing as it may seem, I've never gotten one. Not a proper one at least. I'm 44 years old now, and quite frankly, I fear I won't ever get one. But I will tell about it as soon as a miracle like that happens.

As for having to feel it some day, let's just say it's just of the many things I've accepted I won't ever get to experience. My Queen doesn't seem to like the idea and I don't want to pressure her the more than I have.

In a way, when I think about the activity in question, I feel it's something that's supposed to stay off-limits for me. It's so... manly and masculine. And apparently also way too pleasurable for someone like me.

I can't help but to think if it actually took pace some day I would merely go "I do not deserve this!" in my my head, and wouldn't be able to enjoy it, or get slightest bit hard.

Also, if my orgasms during that thirty days were ruined ones, or I was made to do it in a way it would give me as little enjoyment as possible, I may be more okay with it. Or, if was made to orgasm by other person. I know all too well how to make it feel as pleasurable for me as possible.

However, the bottom line is I would do it, but I wouldn't like the idea, since the way I am now, cumless, frustrated and denied, makes me feel very nice, that is, chaste and pure.

Let's say you have been denied for eight months. What thing do you think would turn you on at that point?

It is very easy for me to answer that one, since it's now over 22 months since I started being denied. Simply put? The thought of being denied.

I know it sounds odd, but I can't even begin to estimate how many times during that last two years I have gotten incredibly turned on simply by watching the counter counting painfully slowly the seconds, minutes, hours days, weeks and months from my last ejaculation. Either counting up, or down, to the next full year. I have noticed the bigger the day count is, in both cases, the more tormenting and therefore more exciting it is for me.

I have also noticed the most exciting part is not knowing. When I started the chastity game I had no end goal, and for a long, long time I did the denying all by myself. And since there was no one deciding when I should ejaculate, I kept doing it as long as it felt good, and since the bigger the count got, the better it felt, I saw no reason to stop.

Hands-free orgasms. Have you had one, and how was it?

However, I would say they are awful only when they are unwanted. I've had three of them during my life, all during the last few months. The first one was in March, the second one in May and the third in July. Mind you, with one exception they were the only orgasms I've had during the last 22 months.

However, in each of the occasions, even though I thought I wasn't nowhere near the edge, while I was having my cool-off period, my body betrayed me. Suddenly, out of nowhere, I started to convulse, and sperm started to spurt out of my limp penis, and I was completely unable to stop it. I hated it so.

That is to say, we very much like the idea of my fifth orgasm this year to be a ruined one as well.

The whole matter has even amused us somewhat. For most males the idea of having a ruined orgasm is an awful one, a punishment, something that is meant to be very unpleasant for the male. In my case having even a ruined orgasm would be so much more, compared to what I'm getting now.

In case anyone is interested, there are longer reports of each incident on my blog:

The last incident, of course, was the one that led me and my Queen to the conclusion it would be a good idea not to touch myself at all when I'm on my own. Only she has the right to touch, stimulate and play with my penis now, making all attention she gives to it so much more important and special.

Would you ever say no to a woman who wanted to do your favorite things to you?

Is this a trick question or something?

Finish this thought. Ruined orgasms from a cock tease make me...

If you were to go to an adult store today what is one item you would definitely purchase?

At the moment I'm seriously considering a penis sleeve or sheath of some kind.

A cock sheath of some kind would allow her to fuck me, but it would be possible for me to avoid orgasming and sexual pleasure altogether, or at least minimize it.

As I write this, it's very uncertain how often we will end up having actual sex. It seems my Queen isn't into penetration that much, but when she gets a taste, so to speak, she may love it.

Are you planning anything naughty for Halloween?