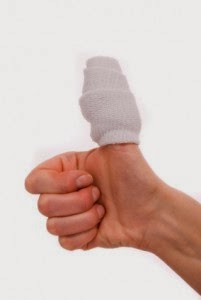 What a week it has been. What a week and what a weekend. Originally this post was twice as long, and I intended to cover in it all that had happened to me during the last week or so. Ultimately however I decided to cut in half. If that doesn't create Freudian images in you, nothing won't.

This post will focus what's the most important to any male, that is his penis and its well-being. When we last saw our hero a week ago it was in pretty bad shape. It had spent quite a weekend, but sustained damage in the process. In fact the damage was so severe the skin was torn from several places just under the head of the penis.

I spent good part of the last week recuperating, as far as my penis is concerned, at least. As the first shock of seeing it in such a state wore off I started to think of ways to making it to heal. Like I said last time, I have type one diabetes, and sores and other injuries heal much slower on me, and I didn't want to end up to a doctor with an inflamed penis.

My first plan was to put a band-aid just under the head of the penis, with the idea of keeping the part of skin straight and to give it a chance to heal.

The problem in this case is that the injuries are just below the head of the circumsized penis. When there's no erection, there's a lot of flabby loose skin, including the injured part, making it very hard to keep the damaged area dry. In other words it would be an ideal place for infection.

Very quickly I made an interesting discovery. I realized that wearing the band-aid was bit like having a sort of chastity device on. As long as it was on I was unable to fondle my penis even lightly. I was constantly reminded it's there, and I had a strange desire to check it's still on. Same kind of reactions one would have immediately after getting a chastity device, I suppose?

I had discussed the subject with my Queen a bit during the weekend, purely as fantasy material, but afterwards she said that actually getting one for me would still be a bit too much for her. I also made some checking out and was reminded again how expensive the toys in question are. Heaven forbid!

That led me to conclusion that at the moment I'm content having a band aid around my limp member as a sort of light version of a chastity device. That's much more close to my budget, at least.

I made an update about the project on a fetish social media site I'm on, and got replies to it, some of them referring to non-painful and painful treatments to sores caused by chastity devices, as well as comments about what it feels to take the band aids off.

I use the good old Neo Amisept to disinfect wounds. I've heard from the pharmacy that it's not recommended to treat wounds with it anymore. It's pretty strong stuff, and nowadays they use products that don't sting. However, I've insisted buying it. After all, how do you know it's doing anything, or even reaching the wound, if it doesn't sting like hell?

However, treating wounds that are on your penis with that stuff is rather... interesting, to say the least. To prevent bacteria getting to the wounds I disinfected it several times, and when I put it on I swear my neighbors must have heard me.

As for taking the band aids away, I've noticed the same thing, as well. I use a cheap brand of band aid that usually comes off before it's supposed to, but when it comes the soft and loose skin of my penis, it seems to be sticking to it like crazy.

I also discovered another interesting thing. One night, before I went to bed, I decided to "reinforce" the band aid I have on my soft penis, with a couple or rounds of thin medical tape. The result was a nice tight package, even if I say so myself.

After the redness had went away I started making different kinds of setups from band-aid as well as and the medical tape, not only to keep the limp penis standing up straight, and to give the wound some air as well. After that I started using a medicine called Bepanthen on it, that's supposed to help open wounds to heal.

All this turned out so effective that by Thursday evening the would had started to close up quote nicely, and by Friday, when I saw my Queen again, it was so well healed up one could hardly notice it.

All the business with the medical tape, the feel it creates on my limp penis, the feel of putting it on as well as taking it off, however, have given me new ideas and for a few days now I've found myself searching for new ways to use it in self-torture.

Not only does it make nightly erections rather interesting experiences, it makes the taped up limp penis a nice and tight package that sticks out a more than it usually does. This has resulted into some rather nice sensations as the head of my limp penis brushes to the fabric of my silky boxers I use indoor.

In fact I have even have to go to the pharmacy and get some more, since the roll I had used for years and years, finally ran out because of me using it so much. I must say it felt strange, comparing the brands on the grounds of how they would feel on my penis.

I let myself quite close to the edge, and then stopped. I think it wouldn't have taken me many more thrusts to ejaculate. I lay there motionless, listened the racing of my heart and tried to cool off. I felt my testicles being so alive, so desperately wanting to release their load.

It took almost five minutes for me to cool off enough to continue. This time it took a little longer while to reach the state I wanted to feel. As I got closer to the edge I stopped again to cool off.