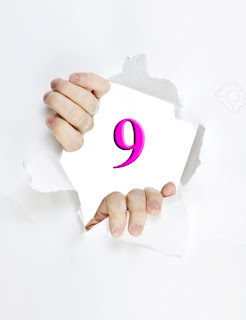 It was a good thing it did, since I spent the night at my lesbian girlfriend’s place, and she wouldn't like it at all if I had become too amorous or made a reference to my little clit she doesn't like to think about. After I had come home though I realized the hornyness started to rise its head, and in no time I was edging again.

So I got rid of my clothes, went in the bathroom and started to apply the cream on my body, from head to toe. Soon I was covered in it, and felt it to sting a bit, especially around the groin area where I had put it the most. This time I also I creamed the area around my asshole thoroughly, since I wanted my boy pussy to be smooth and hairless.

I gave the cream plenty of time to work, and stood in the middle of my apartment enjoying the warm air blower. After all, it is winter over here. After it had been over twenty minutes since I covered the last areas I started to shower myself.

Showering off is my favorite part. I love the way warm water washes away the cream, and with it comes off not only the cream, but also the yucky hair, and all that remains is the smooth, girly skin. I washed myself all over: the chest, the armpits, the belly, the legs and finally the crack between my legs, my boy clitty and testicles.

I loved the way my body now felt as I caressed myself with warm water running over it, especially my clit and testicles, but above all, my boy pussy. It hadn't felt like this, ever. It was so smooth and inviting now, not hairy and yucky like a real man’s dirty asshole.

The end result wasn't a complete success however. Sure, as I looked myself from the full length mirror I thought I looked so pretty and feminine. I couldn't believe it was my body. All the nasty hair gone. Even the legs had turned out okay this time and I had managed to get most of the hair off them, which is usually tricky. I caressed them ages after I finally sat down.

However, once again it was my clit and testicles that took the worst damage. I was prepared for it, but I was still shocked how sore and red they got. This time there was damage even around the area between my belly and my clit, that’s not supposed to be the most tender part. The way I looked made me feel very unsexy, which was unfortunate since I had wanted to feel quite the opposite.

I did manage to have a bit of fun, though. Among other things I put the red diamond plug inside my asshole, which now felt slightly different I have to admit, and tried to take an ass selfie. The latter turned out to be way more difficult than I had anticipated. Also, due to different sensations I was constantly afraid the plug would slip completely in.

So I started fiddling the head, kept doing it until I knew I was over the edge, and let the limp thing drop to my bathrobe. I gasped out loud as I felt the waves of orgasm wash over me. I felt a spurt after spurt of sperm shoot out of my clit to my bathrobe. It felt so, so good.

I was amazed. That had been a ruined orgasm? It had felt incredible! A part of me didn’t anything but sissy orgasms like that, as long as I lived. Also, I realized, it had been the first orgasm after my first accident almost over a week ago I hadn't had something inside my asshole at the time of ejaculation.

The next day I wasn't feeling much better. Every time I checked the situation in my briefs I was reminded I wasn't a girl, or even a real sissy, only a guy after all. I was even reluctant to play with my boy pussy. There was some other things I felt bad about as well, some of them having to do with some things my girlfriend had said, and with my life in general. So yes, my mood was pretty lousy,

If I ejaculated now, I knew, it wouldn't be an orgasm born from need. It would be merely me being selfish wanker wanting to feel good. Nothing more. But I knew I wanted it, wanted to feel good, even for a second. And this was what I was, I thought. A sorry, little selfish wanker, doomed to wank alone.

I got up, walked to my wanking mirror and dropped to my knees in front of it. I looked so pathetic. I hadn't even bothered to get rid of my t-shirt and fleece home jacket I still wore. The limp, red penis and my red balls hung between my legs.

I looked down and saw a small puddle, almost too small for me to see, on the floor. Then I looked up to the mirror, at my penis that looked, if possible, even more small I had used to seeing it. I felt almost nauseated. I was once again the slave to that disgusting piece of flesh.

So no, it wasn’t the most glorious orgasm imaginable. But that’s the life of a compulsive masturbator I have now once again become, it seems.
Posted by slaveboy071 at 1:58 PM