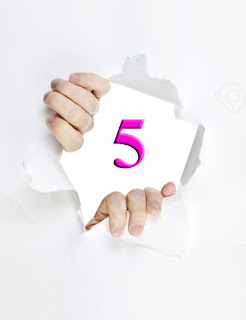 This is the fifth installment of my little series. As you can see, this time there was little pause before writing the next part, since I thought it would be a good idea to let my asshole recuperate for a while.
At the end of a previous part I asked you whether I should try putting the inflatable monster again. Well, as it turned out, I was too much of an anal slut not to try it.
This time I had a bit more determination and after much less time than previously I was able to push the monster all the way in. I must say I was very pleased with myself as I stood up, even proud, as I felt the thing filling me so completely. At the same time I did acknowledge it was simply huge. Really, really huge.
Saturday was a rest day for my boy pussy. Or at least when it came to the inflatable monster. It seems I have become so accustomed of having something in my ass I felt something was missing when I was doing my morning edging in front of my computer.
Therefore I got my red diamond plug and slipped it in. It felt so good being able to put it in just like that, completely dry, without much of a fuss. It was, in a way, as big procedure as putting an earring on would be for a woman in a similar situation.

As I spread my ass cheeks and let my weight descend on it I could feel the steel plug going in all the way, so that the diamond part reached the mouth of my asshole. This had become the most natural thing to do for me. Almost as if it belonged there.
When I was going to bed that night (in other words, last night) I decided it was high time I tried whether I could sleep with the plug in. I wanted to give my asshole time to heal, but I didn't want it to clench shut, either. Me being extremely sleepy that night helped, as well.
The night was restless, that I have to admit. I did, however, manage to get several hours of sleep. This was also the first time I have slept with a object in my asshole. At five in the morning however I was awoken by a sensation of pressure at my asshole.
The plug was firmly in its place but the pressure was evident. As it turned out, it was merely number two wanting to get out. As soon as got that one taken care of I cleaned myself up, put more lube on the plug and slipped it in again, with the intention of continuing my interrupted sleep.
That proved to be more difficult than I had anticipated. I was way too awake now, and even though I was still tired, the sensation at my asshole was so intense it was hard for me to relax. Therefore I started to examine a bit how the fluffy plug in my ass felt.
At first I was very cautious, and merely tapped the end a bit, or tried to twist it a bit in my ass. Bit by bit, however, I became more courageous and bold. I lay on my side and started pulling the plug to the side a bit, gradually creating a sort of rotating motion I could feel deep inside my asshole. Pretty soon I was moaning and gasping in the darkness. It may be my imagination, but the more I twisted the steel plug, the more movement there seemed to be.

Pretty soon I was moaning aloud like a woman, spread my legs as far apart as they would go, and twisted the red fluffy thing sticking out from my ass to every direction. I loved the feeling of being so wonderfully… open.
In a way it was handy that by this time most of the lube I had put in had been absorbed to my colon. This way the plug did not so much slide in and out than pulled and twisted the sphincter around it. My aim was, of course, to widen it with this technique.
Couple of times I reached with my fingers inside the anus and tried to figure out how deep the plug was. As I was doing this is really felt as if I had pussy I was fingering. That too made me feel very good. Not only I had a clit, but also a pussy now, something I had always wanted.
Finally my movements became so forceful I could feel the steel plug move a bit in relation to the skin around it. I let it move numerous times to the opening, and then pushed it back in as far as it would go, only to start doing it again, to another direction. I realized I loved the pushing in part. It felt so good and so natural.
When I couldn't take it anymore, I pushed the plug forcefully to the other side, while stretching the other cheek as well, and let the plug move out bit by bit. I let it slide to the bed sheet, and merely pant in the darkness.
After I got my breathing back I got up and decided I wanted to get all the details written down when they were still fresh in my memory. In other words, all the time afterwards I have been sitting here writing. And pulling my limp little penis, of course.

Oh my. Look at what I have managed to do today already, and it isn't even eight in the morning yet...
Posted by slaveboy071 at 7:46 AM