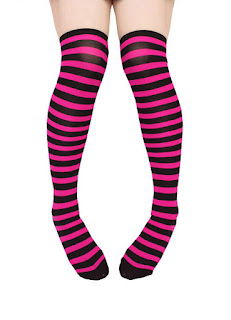 Naturally, we're not on 100% lockdown anymore. During the past couple of weeks or so, especially if it has been a beautiful and sunny day, I have even ventured do to downtown a couple of times. This has been quite a big step for me, after I have avoided all social contacts and public places for over two months.

These short trips to outside have, however, been almost traumatizing for me. The thing is, during the long, dark and cold winter I always forget what an ordeal summer can be for a leg fetishist like me. It's one thing to edge to something at home, a whole another is to see the same on a street and try to keep your cool. I guess being outside as little as possible is a blessing for me.

I'm not always hard at mornings, but if I sleep for example bottomless, the chances for it happening increase by tenfold. Therefore I try to sleep naked as often as possible, which isn't very often if you live in a country like . Basically only time you can do this without catching a cold, is during our extremely short summer.

Sometimes I may put on a short skimpy skirt, or a nice top, if I want to feel pretty, but if it's warm enough, even those pieces of clothing make me feel suffocated. Bear in mind, that is "warm enough" in the Finnish scale. Apparently what we call a summer is spring in some parts of . If I lived somewhere that warm, I guess I'd be naked 365 days of the year.

Being able to walk around in my apartment totally naked the whole day long is a wonderful feeling. Many times when I pass a full body mirror, which I have many in my apartment, I stop, and watch my body from all sides. Long legs, shapely backside, ridiculously small penis and testicles, round belly, hairless chest, feminine arms, full luscious lips and the long hair, one I have grown out almost three years soon.

This all sounds sexy, but truth to tell, I have always had problems with my mirror image, especially when it comes to my face. For years I tried not to look into a mirror unless it was absolutely necessary, because I felt I didn't know the person who looked back at me. I felt the "real me" was behind that strange face. This has gotten easier over the years, and nowadays I can even admit being cute.

However, my naked body is another matter entirely. One could say I have always made a distinction between my "sexual me" and my "real life me". The sexual me is the slut on-line, which is the place where 99% of my sex life has taken place. The real life me on the other hand is the respectable part of myself, the persona I let the world around me see.

Sometimes, if I don't have anywhere to be, I don't bother putting anything on for days, therefore exposing myself to my own mirror image for the better part of the week. Being naked for that long also makes me feel wonderfully pathetic. No normal person spends three days in a row totally naked in one's apartment. If the doorbell rings I can always slip into my coral bathrobe.

The first thing I do every morning is to get my computer open, and in a matter of less than few minutes, I am already sitting in front of it, still half asleep and wiping my eyes, and pulling my limp clit furiously, and trying to regain some of the horniness I just experienced.

There's just something magical in those early morning moments, even without bladder torture involved. It's so wonderful to just sit there half asleep and relaxed, completely naked, legs spread, and enjoying the feeling of having my limp clit between my thumb and the forefinger and pulling it eagerly. It all feel so good and so right.

I know it sounds odd, but at those times I also feel wonderfully feminine. To be precise, not only feminine, but inexplicably girly. Perhaps it's being still half asleep, perhaps it's the fact I'm spreading my legs like a slut, perhaps it's because I don't have a hard cock inside my fist but a small, limp, soft clit between my two fingers. It's difficult to say.

Many times this feeling also makes me want to caress my body as I edge. I usually start from my knees, then slide my palm over my hairless thighs and over my equally hairless belly and chest. I often stop there for a while, to play with my nipples, rolling them between my fingers, as well as pinching and pulling them hard.

I also like to let out small squeals, moans and sighs as I do this. Not grunts like men, but deep, relaxed sighs. Finally I push my fingers deep into my hair, marveling how long and thick it has already become, before lifting some of on the top of my head, while at the same time pulling my clit continually. Often this is all I need to make or keep myself turned on.

Usually this great master plan fails in a momentous way, thanks to everything I have told you earlier. Due to the lockdown I have no place to go, and absent-minded playing with myself leads easily to edging session after another, separated only by short naps when I'm too exhausted to edge anymore, or need to cool down, in order to be able to continue in a little while.

Fortunately, my limp clit seems to be able to withstand insane amounts of edging without any ill effects. We're taking about ten to fifteen hours a day, easily. In fact, whenever I manage to edge my clit long and hard enough to make it feel sore afterwards, it merely adds to the feeling. That is how a wanker's penis should feel, after all.
Posted by slaveboy071 at 4:36 PM