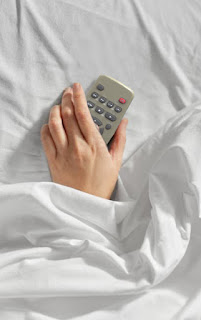 Like most people, I've been watching a lot of television shows during the last year and a half. There is one thing that has started to annoy me quite a bit in them, to put it mildly. This has also led me to think about matters such as sex, sexuality and myself quite a lot.
It seems that if there are two people in the show who are developing some sort of feelings towards each other, the only direction this can or will lead to in shows is the couple ending up banging together.

That's all there is. No romance, no getting to know the other person, nothing. Just attraction, sex and that's it. Or as having sex is often referred to "getting it over with".

Yes, I am well aware the fact conventions when it comes to storytelling in television have changed. A few decades ago writers postponed the leading couple ending up in bed together as long as possible, because everybody knew after that the tension and mystery between the characters would be gone.

Nowadays in similar situation the people in question have to have sex in a matter of few episodes, otherwise the viewer gets bored. Also, sex in television shows seems to be a flag marker of sorts, that something significant has happened. If the couple hasn't had sex they are not a couple, and there is no romance, or a relationship.

If anything, the lack of this flag marker is a sign of a problem, or that something is missing and causing trouble. They like each other, but haven't banged? Why? There's clearly something wrong here.

So yes, it's a way of storytelling, but is this also the way the world works nowadays? Do people really think: "There is this person I really like, so I'll better bang her the first chance I get to find out whether there's any future for us."

I remember talking to a woman roughly my age at one point about these matters. I mentioned her an interview of an elderly actress I had once seen. In the interview the woman told she feels pity for the youth nowadays who seem to think romance is just sex. That they miss out on the wonderful period when the couple is flirting without not being exactly sure where it will all lead to.

My friend didn't saw any point in things like that. Her message to me was: "If you're into someone, just tell her that and get it over with. Otherwise you will only keep her hanging, not knowing whether you like her or not." When I asked whether there was no place for romance anymore, she basically rolled her eyes.

That conversation was an eye opener for me, albeit not a nice one. The thing is, that "just tell her and get it over with" part I mentioned in the beginning as well is something I have always been unable to do. Watching these shows have brought that conversation back to me many times. Truth to tell, watching them is often not only annoying, but also plain painful.

I can only guess the people writing these shows have no idea how it feels to watch them if you happen to be someone like me, a single impotent male, with a romantic life that's a dead end. To see week in and week out fictional characters hooking up and ending up screwing each other like it's the easiest thing in the world.
At the same time I can't help but wondering whether the world has really passed me by. Whether being "the hopeless romantic", as I like often to put it, is just another way of saying I'm a relic of the past with no place in today's world.

Even more unnerving is the thought there is something actually wrong with me, not seeing the importance of people having sex with each other. As you all know, I am extremely sexual person, but the thing is, I have never understood sex itself, or what the big deal about is supposed to be.

Sure, I've heard people describing what an incredible experience it is with a right person, how close it can bring two people. I have never experienced that. I had already started suffering from impotence when I finally lost my cherry at 33 years of age, and whenever I've been expected to perform intercourse, I have felt it's something I shouldn't be doing.

So, perhaps it's not the fault of the world, or the people, or the way television shows are nowadays. Perhaps it's just the fact I'm damaged goods.
Posted by slaveboy071 at 2:41 PM