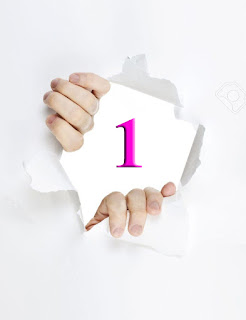 This blog post begins a series in my blog that can be seen as somewhat of a change direction for it. For some time now things have been rather quiet in the life of this chaste boy when it comes to sexuality. However, lately I have begun to wake my libido from its slumber again.

I have among other things started edging on my own. As the faithful readers of my blog may remember, that has been off limits for me since way back in August 2015, when we decided with my girlfriend it would be a good idea to take it away from me. After all, her pussy should be the center of my sexuality.

So it has taken me a conscious trying to get over it, and during the past few weeks I have "taught" myself edging again. Making my brain understand it is not wrong or forbidden for me to take my limp penis in my hand and start edging. Nowadays I try to do it daily.

I've played with my anus a few times during my life but I've never gotten the hang of it. Also, you may remember we did try it a bit with my girlfriend, as well. I decided to start it on my own now, since I realized it's the best way to get more action into my sex life.

In other words, welcome to my anal training diaries, or how I like to call them as well, "My Boy Pussy Project", part one.
I started my training today with a steel butt plug I own that has a tiny red fluffy tail at the end. It's very small, but I've noticed that since I basically have a virgin ass, getting merely an index finger in is quite enough for me. In fact it took some doing getting the tiny steel thing in,
I also own a cock shaped vibrator I bought for my girlfriend, but not only was it too big for her, it's way, way too big for my boy pussy. But perhaps someday it will be ready to take that monster in. In other words, the small fluffy ended plug fills my ass quite nicely now.
My first step was getting used to the feeling of having something in there, as well as getting rid of the need to get it out immediately. I put it in while I was in the shower and it has remained so a few hours now, as I have done stuff around the house, and edged myself, of course.
I think it will take some time to be completely okay with the feeling, but it's happening bit by bit, think. I have managed to get some enjoyment as well, by twisting and turning it around. I even tried the vibrator on it, but it had no huge effect.
I noticed I can even sit down at my computer quite normally with the thing inside me, which was a great news for me. If I rock myself back and forth I can "fuck" myself in the ass quite safely, without the danger of the end slipping inside of me. My plan is to be so used of having something up my ass that I start feeling something is missing, if it's all empty.
Next I will experiment by running errands and going to the grocery store with the plug in, and with the chastity cage on as well. That should make myself feel quite full as well as secure, don't you think?
Posted by slaveboy071 at 2:11 PM