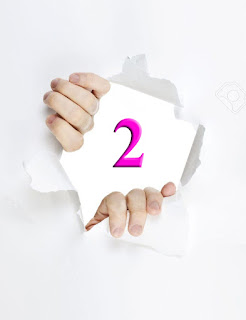 Welcome to "My Boy Pussy Project", part two. Today I've been playing with my third anal toy. It's similar with the fluffy tail plug, with the exception that in the place of a red fluffy part there is a red "diamond", sort of a red brake light.
I bought both earlier this year when we were experimenting with the girlfriend, but the first experiences with the toys weren't only positive. Both toys seemed so small, even though they required a lots of lube in order for me to get them in. I was afraid they would slip inside my anus all the way, resulting to a trip to ER.
So, I was a bit hesitant to use the red diamond one, but since the red fluffy plug was still wet (I washed it, big mistake there) and since I desperately needed something inside me I decided to risk it.
This time I didn't use lube of any kind, just bent over and started to guide the plug to my anus. This is the part I find to be the most humiliating one. After I had found the right place I started simply to push it in dry. I took some time, but finally I had gotten it in as deep as I thought it would go.
However, it was much easier than I thought it would be, or than it had been the day before. I can only hope my training yesterday had something to with it. Also, the whole procedure of bending down and starting to shove something inside your asshole seemed much more normal now.
When I stood up and felt my naked backside I could feel the red diamond part sticking out between my ass cheeks. It seems my asshole was so dry it was keeping the plug firmly in it place, with no fear of it going in or out.
This was good news indeed, since I knew now I could risk what I wanted to do, namely to sit down, and this way to make the plug go even deeper into my ass. Also, sitting down with the feeling of a steel plug in my ass was humiliating beyond belief.
As I am writing this the plug is firmly in my anus. At first it seemed "fucking myself" wouldn't be possible in the similar way with this toy, since there isn't similar "ball" part at the end of it.
However, the longer I sit here and rock myself back and forth while I edge myself, the more "life" and movement there seems to be between my ass cheeks. It seems my muscles are trying to thrust it out, but my weight prevents this. By gyrating my hips in round motions I can feel something wonderful happening inside me. It seems enjoying things inside your asshole is an acquired taste.
By making a slight "hopping" movement, in other words moving my hip and down using my leg muscles I have even managed to create a bit of the thing we've used of seeing in porn movies, in which the actress is riding a hard cock. Or, if I keep the two fingers around my my soft clit motionless, and hump my hip back and forth in sort of slow strokes I can fuck my hand and myself in the ass at the same time.
Also, I noticed that if I first stretch each buttock and then let my weight descend, the mixture of sensations is overwhelming, almost violent: the feeling of my stretched out asshole, the sensations the plug creates inside my dry anus, the constant fight my body and mind have against each other, whether to get the nasty hard thing out, or further in.
When I first tried this, after sitting on the plug almost an hour, a long, almost orgastic wail escaped my lips: "Aaaaaahhhhh!". It's impossible to know how much of it was pain, how much was pleasure. I had never felt anything like it. After an half an hour or so I also noticed this technique makes the plug go much deeper inside my dry ass, than it so far had.

The thing is, before I tried that technique I suspect the plug was inside my anus only half-way. This is not only a bad thing either, of course, since this way the widest part was most likely at the "mouth", hopefully widening it.
Now the only problem that remains is that I this is way too much fun. I love the feeling the plug creates and I don't want to take it out anymore.
I would have so much I'd have to do today, but as long as the plug is inside me it's quite impossible for me to think of anything else than rocking myself back and forth in my chair, and edging...
Posted by slaveboy071 at 1:58 PM