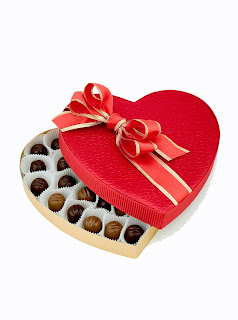 Last night my special friend and I had our first virtual date. We had been talking about it for quite some time, and it had been postponed once already due to her schedules, so it's nice we finally managed to do it. It is the first virtual date of my life, as well as my first date as a girl. In a way it was my first actual date ever.

For the occasion my special friend gave me an order to post the following on Facebook and elsewhere on social media, after I had suggested it would be nice to do something like that. The thing is, now and then I have noticed posts from my fellow pervs that must have been done for their Mistresses.

I also designed a new cover picture for my Twitter and Facebook accounts, and changed the color scheme of the former and my Tumblr account, for the occasion, and as a present for my friend. The thing is, we have chosen teal as the colour code for my friend on my chastity calendar, and we've both been very excited to have her colour to gradually fill it. So, naturally it was more than fitting to use it elsewhere, too.

You can see the Twitter cover picture I designed here. I was very pleased to hear my friend like her gift very much.

The date itself was very lovely, even though we had a couple of technical setbacks, and I had great difficulties deciding what I should wear for my first date as a girl, even a virtual one. I finally settled to my black knee-high socks, black stockings, my black mini-skirt, and a rather fabulous looking, shiny and velvety, burgundy coloured top I haven't had chance to use yet, and narrow black stud decorated "slave necklace".

During our date we watched one movie and a one documentary, The Miracle at Morgan's Creek (1944) and Celluloid Closet (1995) the both of which I had suggested for us to watch.

The first is a very much a child of its time, but also a very unusual movie because the subject matter is premarital sex and pregnancy, even though not technically. It's a classic screwball comedy full of great performances and unconventional female characters, as well as one male one, and it has always been one of my favourites,

The latter is a documentary that deals with how homosexuality has been dealt with in mainstream movie, from the silent era to mid 1990's. I have seen the documentary a numerous times, but it was a very profound experience for me.

Not only it is a great and powerful documentary, but this time I have a whole new angle to it, as you may guess, after having understood I am actually genderqueer myself. To watch the documentary in girly clothes and a toy in my ass added a whole new level to the watching experience, too.

We discussed them both after and between the movies, and to my satisfaction my friend liked them a great deal. Since my friend is a bi and genderqueer herself the documentary hit very close to her as well. She said she has now a long list of movies to watch, and thet she wants to show the documentary to her queer friends, which I am very glad to hear.

"Well", I begun. "I think first you would tell me to go and remove the panties, and preferably the top too. I could also use some of your bras, to make me look more girly, if that's okay to you. After that you would send me to get some lube, because it would be high time to stop playing around."

She would lay on the bed, waiting and idly caressing her strap-on. I would return, in my knee high socks and miniskirt and bra, looking like a real sex slave. She would tell me to lube her cock, since "no fucking way she is doing it for herself, if there's someone like me to do it for her".

I would put lube on her cock, and then but my hand to it, gliding it up, and down... up and down. She would look at this approvingly, and after a while say: "Okay, hop on it". She would look at my astonished face and continue: "You didn't think I would be doing the hard work? Think again. I want to see what you look like when you're impaled by my massive cock."

I would look for a towel but she would just say: "Forget it, wipe it on yourself" and I would do so. Gingerly I would straddle her, and start guiding the tip of her cock to my pussy opening. She would smirk, clearly enjoying the situation.

Then, after I have managed to put the tip the right place, I would start lowering myself, by letting my weight do the work. I would let out a long: "Oooooooooohhhhh..." and saw her smile ever broader. It would feel so good. I would feel so full. Filled completely by her.

I would lift myself a few times, and then lower myself again. My legs would be spread wide as I leaned backwards. I would notice her looking at my tiny shiny cage and smile, if possible, even more broadly.

"Lean forward" she would say after a while, letting go. "I want you closer. I would do as I am told, put my hands flat on the bed, and start riding her cock, our faces only a little distance from each other. "This feels so good", I would say, as I let my ass glide up and down on her huge cock.

"Your cock feels so good inside me. If fills me so well. You have the most magnificent cock, my love." She would keep her arms behind her neck and smile, enjoying the show. "Why, thank you", she would say and smirk. "Keep going. I will tell you when to stop. I love watching my slut fuck herself on my cock. I could watch it forever."

After a while she would glide her fingertips and nails on my skin. The sides of my legs, under my short skirt, and cupping my soft and hairless ass cheeks. Then coming to the front and taking a good hold of my cage and testicles. Up my belly, and under the bra, giving my nipples a good twist. So hard I would yell out loud.

"Please..." I would say." She would sigh, irritated. "Shut up. I'm having fun here. In case you meant, please do it harder." I would nod. "Y-yes. I meant just that. Please hurt me more. Please pinch my nipples harder." Then she would do just that and I would let out a long wail. "God I love you!" I would say, and hear her chuckle. "I love you too, my love."

Finally her hands would go to up to my shoulders and squeeze the muscles there, hard like a butcher. "Mmmmmm...You have such nice muscles here" she would say. "Who would have believed... Such a sissy. You must work out or something. I love how muscular and at the same time girly these are. Smooth, pale, white and flawless..."

"Just like these", she would say as her fingers and fingernails start to descend, over my strained biceps. She would squeeze them, so that her fingernails dig into the pale skin. "I told you I like nice arms. Yours are so beautiful I'd like to eat them."

Then she would start to go up again, over my shoulders and up to my neck. Her fingers would go into my full, long hair and take a good hold of it. "You didn't lie. This is pretty long already. Just the kind of hair that is nice to take a good hold of. And it's nice and long in the back too. I can't wait for us to get it even longer."

I would nod. "Me neither", I would say and see her smile. "You can't wait to look like a real girl, don't you?" she would continue. "So that everyone would see it, so that you wouldn't be able to hide it from anyone?" I would nod again and gasp "Exactly, my love. I want the whole world to see I'm  a girl".

I would do as I am told and continue fucking her huge cock. She would put her hand to my hair again, then let them to go over to play with my ears. She would smirk as she starts circling her index fingers around at the opening of my ear, and seeing the effect it has on me. Seeing me go completely nuts.

"Oh, you'd like me to penetrate you here as well?" she would say. "The fact that my cock is impaling your sissy asshole isn't enough?" I nod. "No, it i-isn't", I say. Please fuck me in the ear." She would sigh again. "Such a greedy little slut", she would say disapprovingly, and slide both of her fingers into my ears.

Immediately my eyes close, my mouth opens and if she didn't know better she would most likely think I had just cummed. "Ohhhhhhhhhh", I gasp. "Please... just like that. Please fuck me in the ears. Let me be your total slut." After she stops I hear her chuckle. "You are my total slut. I don't have to fuck your ears to know that. But it's so fun to play with you."

"Mmmmmm, good girl", she would say and take my face into her hands. "You look so beautiful. Your skin is so flawless. And you look especially beautiful when you are being hurt, did you know that?" I shake my head between thrusts. "Well, now you do. Expect to be hurt a lot in the future because of that. And I mean a lot."

Then she would slide your hands to the sides of my head and take a good hold of my hair again. "Okay, let's see you fuck my cock real good and real fast. Let's do a grande finale, my love. I expect to see blood on my cock when you get up. If there isn't, you will regret it."

All through my little story there my friend remained mostly quiet, and informed me of her orgasms simply typing numbers: "1", "2", "3" and so on. I felt so used as I was typing, because I knew I wasn't getting any kind of physical pleasure out of this, I was simply providing sexual pleasure to someone else, I was a mere sex toy. I loved that feeling immensely.

Soon after her final orgasm my friend started to be ready to fall asleep, and finally did so, as she later said "her fingers in her panties and me in her mind". In the morning she also informed me she had masturbated herself to orgasm reading again what I had written. What can I say, it's nice to feel oneself useful.

All in all, not the worst virtual date, wouldn't you say?
Posted by slaveboy071 at 5:24 PM