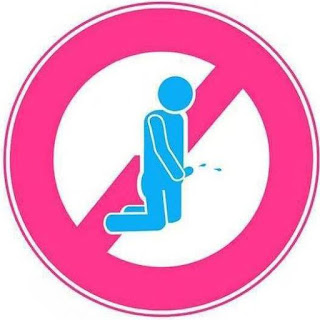 I have decided, on my own initiative, to stop experimenting on myself for now, since I do not like the direction where the series of experiments have led me.

This morning I conducted yet again one edging session, with the intention to bring myself as close to orgasm as possible. My hope was to increase this way my constant state of horniness I have noticed fades away very quickly after a close call or an stifled orgasm. In a matter of days, in fact.

I wanted to be very careful, and therefore stopped the fast stroking altogether and continued to tease my limp penis with very, very slow strokes and keeping perhaps half a minute long pauses every time I felt I was too close.

I knew I should have stopped at that point and take a cold shower. However, the feeling of orgasm being so close was so uncomfortable and a agonizing I wanted to experience it a little bit longer. What happened then was expected, but still very unfortunate.

I had let go of my limp penis to let it cool down, when... it started again. Orgasmic build-up simply appeared from somewhere and I realized my body had decided to orgasm. This time I attempted to stifle it (a word I learned from my Queen) and grabbed the head of my penis tightly, wanting to suppress what was happening.

I didn't lose it, so to speak, at any point, merely squeezed the head of my limp penis shut very painfully. I even walked around a bit, as I felt my soft penis pulsate. However, I did feel the orgasmic spasms, whether I liked it or not, and truth to tell it all felt all too much like an orgasm.

The technique wasn't as successful as I would have liked it to be, in other respects either. After a few minutes, when the spasms had subsided and I let go of my penis, a small amount of yellowish sperm came out.

I examined myself as one would examine a lab animal after the incident, and I wasn't at all pleased to realize the physical sensations I felt were all too much like an after state of an actual orgasm. There was a strange calmness and... well, emptiness within my nether regions, something I hadn't felt in ages.

Truth to tell, I hated it. The constant pressure, and the state of being tense were gone. Sensations I had gotten so used to had been taken away from me. I felt so calm and relaxed, something a man who has just orgasmed feels, and in my opinion it wasn't something I was entitled to.

Therefore I have decided to stop my experiments until further notice. This will mean my libido and state of horniness will once again decrease, but in my opinion that is way more preferable option than the alternative.

There is a chance ejaculating followed with period of complete chastity will have uncomfortable and frustrating results. I have a hope this will be the case. Only time will tell.
Posted by slaveboy071 at 10:23 PM