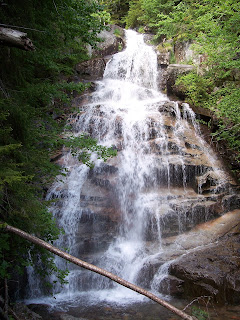 Another weekend with the Queen. These days we are both rather busy and we have to plan long in advance if we want to see each other. This visit had been agreed upon quite a while ago.

However, thanks to mother nature this weekend there was no orgasming involved, a fact my Queen wasn't at all pleased. However, I assured her if that hadn't been the case, I would have spent most of the time with my face or fingers buried in her pussy.

Even though there was not much sex involved we found quite a lot of things to do, so much in fact there wasn't many idle moments. However, I must say it was very relaxing, not to have too much planned activities to fit in the mere couple of days, just time to spend with your loved one.

The visit also had a special significance for me, since My Queen hadn't visited my apartment for several weeks. This was due to an interior design, carpenting and organizing project I ended up starting some time ago. A beautiful woman can have an interesting effect on a male, sometimes.

Her visit also gave us the opportunity to sleep on my balcony. We had talked about it early on in the spring, but considering how cold this summer had been, the chances of doing so hadn't look promising. However, it seems this year the actual summer in Finland will take place in August, and we're currently having a small scale heat wave.

On Saturday we ended up doing an unplanned shopping trip to downtown. Among other places we ended in a clothing store, something that's usually considered a hell to a husband or a boyfriend. I had mentioned my Queen earlier I would be willing to accompany her on a such trip some day, and I must say I rather liked the feeling, almost as if I had been her girlfriend instead of a man.

It also felt very good  in other respects as well. I have mentioned to my Queen on several occasions how much I enjoy doing shopping or running errands with her. I have been in relationships before, but never before have things like that been this... easy. I feel so comfortable and safe being with her.

My Queen, on the other hand, seemed to appreciate the fact that the people she was with paid attention to her needs or wishes, a thing it seems she's apparently not that accustomed to. Early on during our shopping trip for example she mentioned me she wasn't feeling very well, which made me to cut short the visit to the store we were at the moment, and suggest her we head for somewhere to eat. For me doing a thing like that was only natural.

I may also mention my Queen bought me three pairs of boxer shorts from the store I mentioned. We had discussed it earlier, and she had said she quite likes seeing me in those. However, the pairs she bought turned out to be perhaps... shall we say a bit too fitting on me. Most likely I will wear them only in her presence, when she so wishes, since they do flatter my ass and small package quite nicely.

On a relationship level we made one of two advancements as well. That is, I got to show her a couple more episodes of Star Trek. I got to do it the first time in May, but since then we've both been rather busy.

Even though my Queen is a geek as well, Star Trek is virtually unknown franchise to her. Therefore I have had the chance to slowly familiarize her with it. We begun in May with "Emissary", spotlighting Worf and K'Ehleyr, one of my favorite supporting characters in the series.

This time I showed two episodes to her, "Who Watches The Watchers" and "Up The Long Ladder". Partly since they are both my favorite episodes as well, but also since they both spotlight captain Picard, and some degree also commander Riker, quite nicely and illustrate what Star Trek is all about. My Queen seemed to enjoy them both.

We also watched a couple of episodes of 'Allo 'Allo, a British series I have told her about many times but that's unknown to her. When I got to show it her the first time, she said she found it amusing, so this time we ventured further in the saga of the fallen madonna with the big boobies.

I have gone on and on about boring relationship stuff, but there was some... interesting activity involved as well.

I drank during a couple of hours what must have been almost two to three liters of ice cold water. We started off by me drinking a huge jar of water (0,6 liters) at one go, but by the end we did it so that my Queen held my king size mug filled with ice water in her hand and made me to drink from it the through a straw, and keep doing it until she said stop.

What was most amazing was the fact that my Queen really seemed to get into it as well. As soon as she realized how easy it was to cause pain on me through my bladder she begun experimenting on me, trying out how to hurt me the most, and to make me howl in pain the loudest.

Like I've told you earlier, my Queen isn't a natural sadist, but she has said it's fun "to get a reaction out of me", no matter whether the reaction is caused from pleasure or pain. After our little session she said quite she liked the fact that torturing my bladder caused way better reactions than orgasming or being close to one.

I love her so.

As we waited for the water to take effect I also volunteered to give my Queen a back rub, something she had hinted she would like to receive at some point. It felt to romantic and submissive thing to do, to service her while we waited my bladder to fill up enough for her to start torturing me.

During the weekend there was also mild edging performed on me. As surprising as it was, I enjoyed it even more than the bladder torture. Not so much the feeling, but rather the fact that it was my Queen doing it to me.

It is now a week since I was allowed to have an orgasm by her hands, and since then I haven't had permission to touch myself at all, in a sexual manner that is. Therefore if naturally felt good when my Queen started playing with and examining my limp penis, especially considering her prior hesitancy.

In this case the whole didn't last long, only a couple of short spurts, and I was nowhere near an orgasm, something I am very glad of course. However, this was the first time that routine was applied on me, making it very a special experience.

I have no desire to make my Queen end the current wank ban, of course. However, I have high hopes my Queen will continue using the technique in the future as well. The arrangement we have at the moment, in which it is forbidden for me to even touch myself and making her the sole source of my pleasure, feels... well, so very right.

I must be the luckiest man in the world.