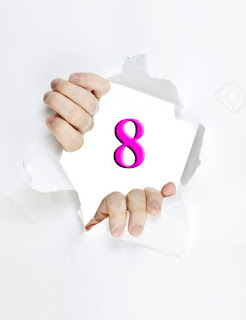 Among other things imagined what it would be like to have a woman in my life doing all the things I have done to myself lately. She would start by making me put the tiny metal plug, since I had bragged I could get in dry. After I had gotten it in she would giggle as she would see how only a tiny bit was visible through the cheeks.

She would put it on and slowly but firmly she would fuck me with it. All the while I’d have to keep thanking her, and telling her how good it felt. Finally she would take it out and without even saying a word lube the inflatable rubber one. Firmly and slowly, and showing my asshole no mercy she would push the huge thing in. At this point I would most likely have my eyes shut, since it would feel so good.

I would hear her taking the rubber glove off and telling me to wipe myself clean, take a towel and follow her. In my study she would order me to lay out the towel on my office chair, and then sit on it. I would do as he tells me to, and gasp out loud. At this point I could ejaculate from a slightest touch.

At this point I realized I needed to get out of the bed, and fast.
However, even though I did just that, I realized soon this would be a day I would mostly spend in front of my computer edging, which is exactly what I did end up doing, more or less. I had, however, errands to run in downtown. So, what a better way to combine my horniness to it than to do it plugged?
I took my red diamond plug, and inserted it into my asshole. I was very pleased it went in very effortlessly and even without any lube. I just put it in the opening, started pushing, disregarded the slight inconvenience and kept pushing until I felt it slide in.
I got dressed quickly, and was a bit surprised how natural this all suddenly felt. Here I was, a plug inside my asshole, dressing up to go to the centre of the city. As I was out I knew the biggest question was whether I have the nerve to get on my bike?
The thing was, I was a bit scared the saddle would somehow push the plug all the way inside my asshole, resulting to a trip to a local ER. I got on, and only after I had rode a while I gingerly let my weight descend on the saddle.
I was surprised how much it hurt. As long as there was only the plug, there was only presence, but as soon as the weight descended upon it, it became painful. I didn't mind the sensations, or the discomfort, or even pain, of course, but I was worried I would return home with the plug completely inside me.
I ran my errands with the pain in my asshole getting all the time stronger. But it was a pain I could deal with. It meant the object was at my anus, not inside of it. I could neither make up which one I liked best, walking or driving, since they both had their fascination.
When I walked the bike beside me I could feel the plug move a bit with every step between my sweaty butt cheeks and asshole. It was a very comfortable feeling, a presence that was with you constantly.
When I was on the bike, on the other hand, there wasn't anything similar. However, all my weight was on now my asshole with the steel plug in it, making the metal bite into the tender skin around the anus. Every time there was a bump on the road I could feel it in my ass.
I discussed this a bit with a virtual friend of mine, and she suggested I should get myself a silicone one for riding a bike and night time wear. In fact I could have gotten myself one today, since one of the stops on my trip was a porn shop, but I was there on another business.
The thing is, I have been for some days now considered buying myself a prostate stimulator. Considering how my libido reacts to objects or pressure inside my colon, that would be the next logical step. I compared models and their prices in the shop and almost bought myself a cheap model.
Finally, however, I decided not to give into the haste and my own horniness, and came home to order a bit better model online. Due to weekend it won't arrive until the beginning of the next week, though.